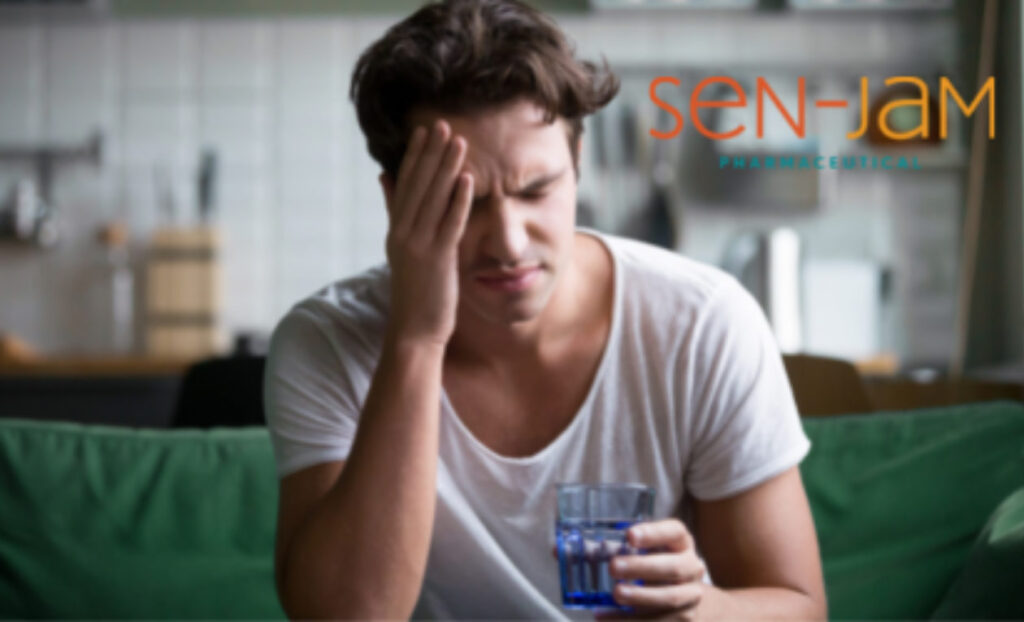 Alcohol hangover treatment: past and future

Since the discovery of alcohol thousands of years ago, drinkers have enjoyed consuming alcoholic beverages but also suffer from the next-day negative effects of alcohol intake. This so-called alcohol hangover is defined as the combination of negative mental and physical symptoms which can be experienced after a single episode of alcohol consumption, starting when blood alcohol concentration (BAC) approaches zero.

Indeed, the hangover experienced the day after an evening of alcohol consumption can have a significant impact on planned activities. For example, research has shown that hangovers have a negative impact on work performance (both presenteeism and absenteeism), reduced performance in students, and significantly impaired driving performance. Social activities such as meeting up with friends and family may be canceled, and mood changes during the hangover state, interfering with social interactions. However, in the current 24/7 society, many people are living in the fast lane and wish to fully enjoy all aspects of life. After a busy day on the job or being a student, a pleasant evening of alcohol consumption should not be followed by a hangover, as these drinkers also wish to perform optimally the next day. Given this, it is understandable that the vast majority of drinkers are in favor of the development of an effective and safe hangover treatment, and are willing to buy and use it once available. In fact, this interest was validated in a recent study in the Netherlands.

Although some individual ingredients showed promising results, a search of the scientific literature learns that there is currently no marketed effective and safe hangover treatment. Given its great socioeconomic consequences, it is surprising that so little research has been devoted to the development of hangover treatments. The absence of effective hangover treatments is caused by the lack of understanding of the alcohol hangover. For decades it was believed that the hangover was caused by dehydration. More recent research disproved this assumption. Current research on alcohol metabolism revealed that alcohol consumption elicits an inflammatory response that is probably responsible for the development of the alcohol hangover. It is thought that by counteracting this inflammatory response, hangovers can be reduced or prevented. As none of the marketed hangover treatments (claim to) have a mechanism of action that reduces this inflammatory response, it is understandable that these products are not effective in reducing or preventing hangovers.

Recently, the International Classification of Diseases 11th Revision (ICD-11) listed the alcohol hangover as a separate entity. This is in line with the US Food and Drug Administration (FDA) which considers alcohol hangover as a disease and requires treatments to be registered as drugs. The listing of alcohol hangover in the ICD-11 has significant consequences, as disease claims are prohibited for dietary supplements and foods which comprise all of the currently marketed hangover treatments. As a consequence, FDA is regularly sending warning letters to companies that disobey their regulations.

A recent review of hangover treatments that are marketed in the US was published by Verster et al. in the scientific journal Addictive Behaviors. A total of 82 hangover products were identified, registered as dietary supplements. The most frequently reported ingredients of these products were vitamin B, vitamin C, milk thistle extract (silymarin), dihydromyricetin (DHM), and N-acetyl L-cysteine (NAC). Usually, the products were a combination of one or more of these ingredients. Of concern, there is no peer-reviewed human data demonstrating either the safety or efficacy of any of the 82 evaluated hangover products. Most products were never investigated, whereas, for others, including the currently popular DHM, research showed that it is ineffective in reducing or preventing hangovers. Also, about half (45.1%) of the products contain NAC as an ingredient. However, NAC is registered as a drug by the US Food and Drug Administration (FDA), and its inclusion in dietary supplements or food is therefore prohibited. Although, for dietary supplements it is not allowed to make explicit disease modification claims on the package, insert, or product website, this was done by the majority (64.6%). Notwithstanding, it is obviously not in the interest of consumers that the safety and efficacy of marketed hangover treatments are unproven, irrespective of whether these are registered as medicinal drugs or dietary supplements.

However, there is hope on the horizon. Sen-Jam Pharmaceutical is developing a new hangover treatment, SJP-001, comprising a combination of an naproxen (a nonsteroidal anti-inflammatory drug (NSAID), painkiller), and fexofenadine (an H1-antagonist, antihistamine drug). The innovative life science company actually has an open FDA Investigational New Drug Application (IND) to begin a phase I and II clinical trial. Once SJP-001 will be approved by FDA, the new drug should be available both over-the-counter and as a prescription drug. The mechanism of action of SJP-001 aims to reduce the inflammatory response after alcohol consumption, which should then reduce or prevent a next-day hangover. As naproxen and fexofenadine have been used successfully for decades to combat pain and allergy, respectively, there is a tremendous amount of evidence to believe that SJP-001 is safe. In addition, results from a recent pilot study showed that SJP-001 was significantly more effective in reducing hangover severity than placebo. However, the sample size of this study was small and further research is warranted. Therefore, in near future, an extensive clinical trial will be conducted to further evaluate the efficacy of SJP-001. In this study, in a large group of drinkers, the effects of SJP-001 on hangover severity will be investigated, including the assessments of biomarkers of immune fitness to demonstrate the mechanism of action of SJP-001. Sen-Jam has secured Use & Formulation Patents in the US, Europe, Australia, Japan, Mexico, & South Africa and has patents pending in 6 other countries, all of which could benefit from this revolutionary solution.

PrevPreviousIn search of lower-cost, smart pharmaceuticals: to reign in health care costs, we need to invest in the right kind of research and innovators
NextSJP Enters Powerful Partnership with CMC expert, KVK-TechNext