The case for the balanced beauty of repurposing established drugs in novel combination: Is Big Pharma overlooking the goldilocks solutions right under our nose?

The case for the balanced beauty of repurposing established drugs in novel combination: Is Big Pharma overlooking the goldilocks solutions right under our nose? 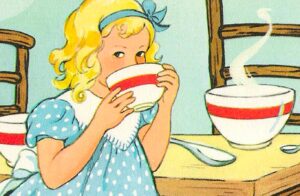 Think of the most familiar, common drugs for the widest range of over-the-counter uses. The musthaves in a first aid kit or the drugs at the top of your medicine cabinet—household brands that, despite their age, still produce billions of dollars in sales per year.

Your first thought might have been Aspirin. Discovered more than 120 years ago, it was the first NSAID—or non-steroidal anti-inflammatory drug. It’s still used today for aches and pains, swelling, fever, blood clotting, even to reduce heart damage during a heart attack.

Or maybe you thought of Benadryl, a brand name for diphenhydramine. It was the first antihistamine used for allergies, but it can also be a sedative or sleep aid, treat motion sickness, reduce itching skin as a topical ointment, and even help manage Parkinson’s symptoms.

Given the many uses these drugs have, you’d wonder what’s special about these molecules. The truth is, the only special thing about them is when they came about. They were the first in their respective classes, in a time when there were few drugs on the market, so they were thoroughly investigated to explore all their many uses beyond what they were initially introduced for.

But there are dozens of antihistamines that have been introduced since Benadryl, and there are more than 20 NSAIDs. Many of these second and third-generation drugs do a better job, with the same or fewer side effects, or can be used to treat more serious conditions than the everyday household brands. They, like the old drugs, also benefit from decades of safety data. So why aren’t they as well known or available?

Leapfrogging from simple NSAIDs to complex Biologics: What about the more valuable Goldilocks in-between?

The main factor determining which drugs become over-the-counter staples is where we’ve invested in research. Newer antihistamines and NSAIDS have many improvements over the first generation and could be the most effective choice in many situations. But these drugs came about in a different time period with a healthcare system focused on discovering and promoting new drugs, rather than looking at the broad spectrum of existing pharmacological molecules and their properties, and all their nuances in different situations or in combinations.

When it comes to our research regarding inflammation and ways to control it, pharmaceutical companies have overwhelmingly moved towards biologics. Biologics, or bioengineered drugs, are complex, delicate proteins or peptides that mimic the complex chemistry of the body. They include things like Humira, an injection used for rheumatoid arthritis and other inflammatory diseases.

Biologics are promising and exciting for many hard-to-treat diseases and they’ve certainly saved lives and reduced suffering around the world. But they are not practical or affordable for the common ills associated with an inflammatory response. They have to be injected because these long, delicate molecular chains would be broken down and destroyed in the stomach if taken orally. So, in many of these cases, patients have to go to an infusion center, disrupting their lifestyle and meanwhile racking up tens of thousands of dollars in health care costs.

We’re left with interesting new advances, but also a concerning gap in treatment options. The first-line anti-inflammatory drugs have side effects such as stomach ulcers, and are sometimes not strong enough. Instead of looking at other basic NSAIDS, the next step is an injectable drug.

So where’s our Goldilocks next generation therapies?

I believe that if could combine particular antihistamines with particular NSAIDs, we can create a super potent anti-inflammatory for intermittent use to modulate the immune system. Provided we do the research to establish efficacy, a new anti-inflammatory combination could provide relief to people around the world at an affordable price. But, most importantly, this type of would fill a therapeutic gap that currently exists in the immune modulating anti-inflammatory space. Because such a combination product would have 20-30 years of safety data, it could also be offered over the counter, as the post-pandemic consumer becomes highly aware of their own immune system, its inflammatory response due to environmental factors and what tools are available to treat it.

Unfortunately, the potential for established, value-added drugs and clinically tested drug combinations to provide affordable, low-risk options to doctors and patients gets lost in the churn of an increasingly topheavy pharmaceutical industry that prefers to focus on the next big thing.

Patients could use more options before resorting to such an extreme, expensive and lifestyle-changing measure. Luckily, there Is still potential to do that research. Stay tuned, because it’s something I think can help explain why our health care system is so ridiculously expensive, begin taking some steps to solve it, and make health care more equitable and accessible for everyone.

PrevPreviousTop Five Reasons To Invest in Sen Jam Pharma
NextIn search of lower-cost, smart pharmaceuticals: to reign in health care costs, we need to invest in the right kind of research and innovatorsNext